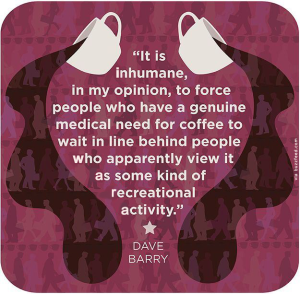 Question: What is your only comfort, in life and in death?
Answer: That I belong – body and soul, in life and in death – not to myself but to my faithful Savior, Jesus Christ, who at the cost of his own blood has fully paid for all my sins and has completely freed me from the dominion of the devil; that he protects me so well that without the will of my Father in heaven not a hair can fall from my head; indeed, that everything must fit his purpose for my salvation. Therefore, by his Holy Spirit, he also assures me of eternal life, and makes me wholeheartedly willing and ready from now on to live for him.
The Heidelberg Catechism (1562)

I have been confined to home since I came back from the hospital on Sept. 6th, except for a trip to the doctor. The weather has been in the 90s and 100s and Jack has decided he does not like heat – smart dog. If the BSD must go out, for instance to see someone off, he tries to remain in the shade. And now when Jack Lewis gives an alert, he stays inside waiting for the intruder, and then lets loose an ear-splitting bass bark. He would frighten me, if I didn’t know that Jack is a small dog that is essentially friendly (well, except for that predator thing). Jack Lewis is not really satisfied until the intruder has been identified as friend or foe, and if not a friend, until he has driven everyone in the house to panic. I guess everyone needs a task/role that they excel at.

This morning my occupational therapist (ot) came and Jack felt he had come to play, so the Bible Study Dog was especially frisky: trying to untie the ot’s shoe laces, jumping up on him, licking, sniffing, trying to pull at my bandaged foot, etc. But, there are other things that Jack excels at. When I ask Jack to go into his kennel, he does so immediately, as he did this morning. With just a little whining, Jack Lewis allowed me to finish my exercises. Which reminds me, if I say to the BSD, “Jack, remember we are the non-whining pack”, he will stop whining. Amazing dog, right?

We have had a break in the heat the last few days, so Jack has been staying outside longer. But today, the temperature is expected to rise into the 90s; so the BSD is hunkering down inside and making preparations to survive this day. The Bible Study Dog has noticed that something is missing: the Thursday Night Bible Study. That will not start until I am weight-bearing and we can get the hospital bed and other equipment out of the living room. However, another of our traditions begins again tonight: watching The Voice with a friend (though sometimes I feel like the only one watching, because the others are playing games on their cell phones or iPads or my wife is doing audio to text messaging, which sounds like this: “Blah, blah, blah, Period” repeatedly; maybe I should be the only one allowed to vote, since I’m the only one paying attention). So Jack Lewis is dreaming expectantly about tonight, about shoelaces and culinary opportunities and maybe a voice that he likes.

Let’s talk coffee. But first let’s talk theology (bear with me) so that I can explain what Reformed coffee is. The Reformed tradition is that theology and Christian practices which are especially influenced by the reformer John Calvin of Geneva (la Suisse). Presbyterian churches and other Reformed churches and even some Baptist churches are ‘Reformed’. The above quotation from the Heidelberg Catechism (1562) articulates succinctly some of our convictions. However, the second question and answer gives a basic outline and basic categories for thinking about Reformed theology:

Q. 2. How many things must you know to live and die in the blessedness of this comfort?
A. Three. First, the greatness of my sin and wretchedness. Second, how I am freed from all my sins and their wretched consequences. Third, what gratitude I owe to God for such redemption.

Or I sometimes say:
Guilt
Grace
and
Gratitude

Or you could think of it as: 1) problem, 2) solution and 3) response.
1. We need to acknowledge how great our sin is, especially against the holy God, and it’s awful consequences. I think of this as whatever pit you’ve got yourself into, along with the horrible things that are in there.
2. We need to acknowledge that we cannot save ourselves but that God offers to free us from our sin and it’s consequences through the life, death and resurrection of Jesus (that is, the penalty for our sin is paid and the righteousness of Jesus is counted as ours by the Father) apart from anything we have done. We cannot earn God’s love and forgiveness. But we may reach out and receive from God freedom both from the guilt and power of sin in our lives. God finds you and pulls you out of your pit.
3.The appropriate response to all that God has done and does for us is gratitude and thanksgiving. We cannot earn God’s smile, his love, acceptance and forgiveness. Nor can we earn our salvation. We cannot place God in our debt by our good acts, such that he would owe us. On the other hand, once we have received God’s love and forgiveness and thrown ourselves into the arms of Jesus, becoming trusting disciples of Jesus and learning from him how to live, we may do what pleases God; doing it because we are grateful. Your whole life may become a living out of thanksgiving and praise. Remember that worship, praise and appreciation is what we are created for (see the post “What We Are”); we are happier looking up!

Some studies suggest that coffee has health benefits. I am especially interested in the studies that suggest that caffeinated coffee can help prevent and treat Alzheimer’s and dementia. For many years I have said that Alzheimer’s might be my least favorite way to die. Coffee facilitates social interaction. Until recently, coffee was ubiquitous at Presbyterian churches, causing some people to suggest that it was almost the third Presbyterian sacrament.

But when we speak of Reformed coffee, we have in view the spiritual benefits of coffee. Reformed coffee is strong coffee; I would never accept anything less than a quad (4 shots of espresso). Reformed coffee should be a near-death experience. As the grainy coffee hits the throat and one’s throat and esophagus begin to close, causing desperate attempts to breathe, and suddenly, miraculously the throat opens, oxygen rushes in, then one is so grateful to God to be alive. Gratitude and thanksgiving rise to God!

Note that the last paragraph was written with tongue firmly in cheek and is only half serious. But it is half serious! 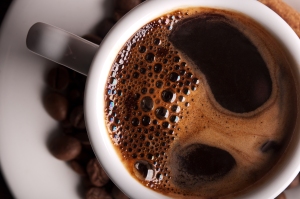 Until February 2014, I was pastor of Divine Savior Presbyterian Church for about 24 years. I am interested in theology, alternative music, new worship music, culture making, philosophy and dogs. Most of all I am interested in extending the Kingdom of God and its blessings to everyone around me. I am the Director of the Southern CA. C.S. Lewis Society and I am a graduate of Azusa Pacific University and Fuller Theological Seminary. My wife Terry, my dog Jack Lewis and I host a Bible Study in our home on Sunday afternoons.

One thought on “What Is Reformed Coffee?”